Dr Nader Imani joined Festo, a global leader in automation and technical education, in 1992. He held different roles and management responsibilities with Festo Didactic in Germany and acted as CEO of Festo Didactic US and Canada. Since 2014, in his role as Executive Vice President of Global Education, he is responsible for larger educational projects with an impact on socio-economic progress.

In 2014, Dr Imani was elected a Member of the Worlddidac Council and since 2016, he holds the Vice-President position. Furthermore, within the frame of his professional activities, Dr Imani serves WorldSkills International as a member of its Advisory Board on Skills Development in Africa since 2017. He has been acting as an active partner of the UN agencies as well as bi- and multi-lateral development agencies to drive innovation in the field of technical education. 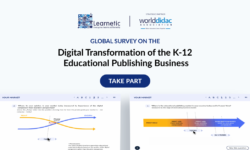 Check at what point of the transformation your market and company are today. Help us to draw a map...