The Internet of Things (IoT) is an idea of making physical devices smarter by connecting them to the Internet. Imagine, the room is lighted up automatically when you open the door, and the sweeping robot is cleaning the floor even if there is no one in the house. In fact, there have already been numerous examples of IoT applications in our daily life. With the advent of IoT, more physical objects can be connected to the Internet, making everyday life more comfortable and convenient.

In recent years, the IoT industry has experienced explosive growth, which has promoted many new startups targeting a variety of IoT applications, including smart home, smart healthcare, smart energy management, smart agriculture, smart factories even IoV. In the era of information explosion, a large amount of information can be collected from sensors on various devices around us. The collected information (or so-called Big Data) can be stored and shared online for access and analysis.

Topics of creating user-friendly solutions are frequently brought up among IoT solution providers. The Innovative IoT Experiment Platform (IoT-100) is developed in response to the trend of IoT. To meet the rising demand of the job market, IOT-100 provides an experiment platform to foster the skills required for the development of practical IoT applications.

Similar to the majority of IoT solutions, IOT-100 consists of four main components, including sensors, devices, gateways, and clouds. It is constructed by various communication node boards, sensor modules, a wireless integrated gateway, a server (as the cloud), IPv6 routing devices, and open-source applications. Based on the 3-layer architecture of IoT, IoT-100 introduces the concept of IoT, including how sensors serve to collect data (i.e. the perception layer), how the Internet serves as a communication media among devices (i.e. the network layer), and how IoT can be applied to various aspects of our lives (i.e. the application layer).

There are more than 10 types of sensors being integrated into the experiment platform. Through a pre-downloaded smart sensor program, these sensor modules can be connected to any of the 4 communication nodes, which will automatically detect the inputs generated by the sensors and indicate the status of the sensors on the LCD. Communication nodes are capable of creating, transmitting, and receiving information. During the information transmission, each wireless communication node can work independently or with other nodes without any interference. The role of the wireless integrated gateway is to acquire, package, and transmit data. The data is transmitted to the server/cloud using the Message Queuing Telemetry Transport (MQTT) protocol, which is the main technique implemented in IoT-100. MQTT is a light-weight TCP/IP-based messaging protocol that supports publishing and subscribing to data transfers. MQTT is feasible even for devices that are limited to unreliable, high-latency, and low-bandwidth networks. It is widely accepted as one of the most suitable messaging protocols for IoT.

The wireless integrated gateway has 4 antennas that can communicate with the 4 different wireless protocols (ZigBee, Bluetooth, WiFi, and EnOcean) available in the system. Users can select one or more wireless protocols and transmit data to the wireless integrated gateway via the MQTT protocol for observation and control. By experimenting with various scenarios, users can compare the feasibility and practicality of these protocols in data transmission. Students can learn how to construct topologies for different protocols and how the data collected from sensors is assembled into packets and transmitted via the IT network. The experiment includes various topics, such as smart sensors and control, embedded microcomputer control and development, IoT network topologies, sensor programming and control, and IoT engineering applications.

IoT technology is more than just a concept. It facilitates the connectivity of sensors and cloud servers to allow more diversified and cross-domain integration of innovative applications. In fact, its applications are everywhere in our daily activities, and it has great potential to bring influence on our life more deeply in all aspects. It is foreseeable that more and more engineers and designers with an IoT background will be in great demand in the global job market in the coming decades, and that IoT technology startups will grow exponentially over the next few years. Therefore, IOT-100 is an ideal experiment platform for students to sharpen their design skills in a data-driven future. Through the experiment platform of IoT-100 introduced today, students have a perfect entry to learn how to construct an IoT system.

our next exhibition is
GESS Indonesia in... 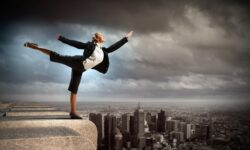 14 May 2020 In this Webinar we shall look into the broad issues facing education business at this time...